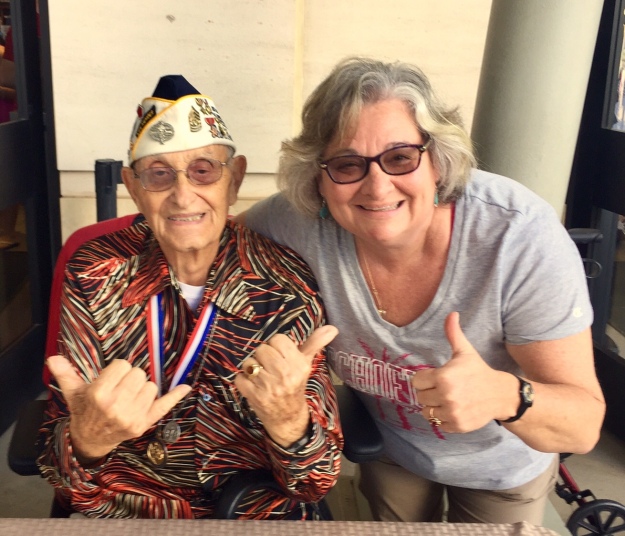 Honoring those who have chosen an occupation in the military is an important part of our national holiday Memorial Day. Every branch of the service is integral in defense.

END_OF_DOCUMENT_TOKEN_TO_BE_REPLACED

Memorial Day was quiet year. No shopping. No festivities. No struggles either.

As an Army veteran, spending time in the military was good for me.  I did not realize it at times, but glad now.  This plaque sums up how all of us should be committed to not dumbing down America.

Consider hard about an individual assessment.  To self-evaluate ones characteristics can be a successful strategy.  The best advice I can give from self-learning is to slow down. Age may have accomplished that for me.  I prefer straight shooters, not those who live their lives unable to challenge themselves.

As a blog writer, I am not into writing for just anyone. I am into it for me.  We have free speech ( thank a soldier here would apply) and I am damn glad of it.

It is good though when I hear from readers about how a certain post has inspired. I just passed my five year mark with writing.  Its a true labor of love and I like to think my personality matters in my words to you.

I do not like fakes and have attempted to be an encourager.  However, I do write in very deep lonely places, but it is in those writings I find my way back.

A friend gave me advice about being single. I liked it.  The advice was about coming to terms with being alone. Coming to MY terms is a work in progress.

Today’s 4th installment is made possible by the research and interviews obtained from Rebel Kreklow and Elaine Wagner while researching my family tree for genealogy purposes.

The best stories to me are about the ordinary.  It is refreshing to see and take note of my typical family members living in the context of extraordinary times. Painting a truthful picture without the jargon is ultimately the writer’s goal. Yet at times its easy to be taken away in your imagination wondering and indulging a bit about what it must have been like living during a certain time frame.

Rebel’s dad  was Edwin Kreklow from German ancestry. In the picture provided , Edwin’s dad was the second man standing on the right. This man was Albert Kreklow. Our family line is Louis Kreklow, Albert’s older brother, who is the second man standing on the left. They were all farmers like the elder Wilhelm Kreklow seated to the left. Consequently, Edwin grew up on a Wisconsin farm and was especially fond of taking care of the animals.

In 1936, Edwin left Fort Atkinson, WI  for a life in the Navy. Sea life was probably a good fit for Edwin as he was shy and being a way from port was just that much easier as he was not much of a talker. Edwin kept to himself and did his job to the best of his ability.

Edwin was stationed on the U. S. S. Tennessee. The Tennessee was one of the ships in Pearl Harbor when the Japanese attacked. Edwin experienced first hand the attack. It would forever change him according to his son.  Edwin saw so much devastation. The U.S.S. Virginia right next to him sunk. It was the smoke from the Arizona blowing up that probably saved the Tennessee from much damage. Below is part of an account that Edwin made of his experience:

“When I came up on the topside, I couldn’t believe my eyes! Our ship, which was always real clean..was a mess! Water standing all over in our living quarters, fire hoses all over the place, which had leaked or blown out under pressure…..After the fires went out on the Arizona, I was on a working party that went aboard the Arizona to remove the remains of the dead on the topside. Just a terrible sight! No way to tell who was who, because we had no “dog tags” at that time. However, we all got them in a few days. We could not go below decks on the Arizona, because everything was filled with water……”

Its unimaginable in my mind what Edwin went through. A young man who was a farmer to being in what will go down in infamy as one of the pivotal war stories of our country-the day Pearl Harbor got attacked.

What made me share with you about Edwin? Edwin just came alive to me. He left the military and eventually moved to Seattle, WA which is my home town also. He like me came from another area of the country and settled down in Seattle. I especially had my interest sparked when I heard Edwin was the bear keeper in our zoo called The Woodland Park Zoo! Edwin explains that he was especially qualified since he grew up with the animals on the farm. He passed a zookeeper exam with flying colors! He was especially fond of a Himalayan Sun Bear that he named Jughead. Edwin was in this job during the late 1940s. I could not help to think of all the children of Seattle enjoying those animals and Edwin taking care of the animals in the background quietly away from the fray of the public..The children of Seattle were the benefactors of a Pearl Harbor vet and an ordinary farmer from Wisconsin.

Recently I was sharing with a friend about my ancestry work and having lunch at Third Place Bookstore ( www.thirdplacebooks.com ) which is one of my favorite places in Seattle to hang out when I have a spare moment. On this particular day, I noticed a sweet elderly Japanese couple walking into the bookstore with the aid of a cane and holding on to each other. Immediately behind them was a woman I recognized. It was my son’s nurse from his doctor’s office. I decided to say hello and inquire if the couple was her parents. They were. We talked for a few moments and within that time period I was able to find out from her that her parents were once in an internment camp during World War II. They were Japanese-Americans that were forced to Idaho after Pearl Harbor was attacked.

As I observed her parents, I wondered of their lives when they were allowed back to Seattle. Ironically, I had just completed a novel about that time period entitled Hotel on the Corner of Bitter and Sweet by Jamie Ford. It is a fictional account of relationships and repentance during the Japanese internment and the aftermath of the consequences of Pearl Harbor. I could not believe I would have the extraordinary luck to see a couple that lived in one of those internment camps.

It was not unusual to enjoy a day at the zoo and this Japanese couple with their daughter was like any other family in Seattle that would go to one of the best zoos in America. I can imagine a beautiful summer day in the late 1940′s that I could see this couple with their daughter walking toward a cute Himalayan Sun Bear named Jughead. Oh how small our world really is…… It is also easy to imagine Edwin, the bear keeper, in the background quietly tending to the animals…..